Living out of the consequences of a fallen world Haiti has been a troubled country, practically since its birth. And things are sadly getting worse, to the point that lawlessness has taken firm hold, and the government, the cause of much of the unrest, is unable to set things right. Missionaries caught up in the maelstrom can only wait it out, either outside of, or in Haiti itself, with the people who are their neighbours and their brothers and sisters. Please keep this beleagured country in your prayers.
Marian Van Til keeps the plight of Christians per­secuted for their faith before us, again as a matter for prayer and action. We shake our heads when hearing stories of executions and imprisonment, but then we move on to the next story. Better to take the time to put our words into some action for the sake of those whose faith is being tried by fire.
Speaking of fire, the wildfires in California pushed along by the winds have turned lives upside down as homes in the woody lands and mountains of the state are threatened with many pe…
Post a Comment
Read more 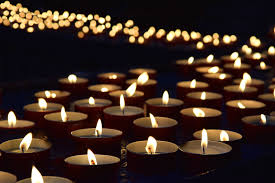 We note the passing of a long-time minister in both the Christian Reformed Church and the United Reformed Churches, Rev. Jelle Tuininga. Some readers of Christian Renewalwill remember his writing in these pages.
His articles were blunt, to the point and helped the churches think through issues that ran the gamut from matters of theology to politics, to worldview issues, to worship, work, marriage, crime and punishment, the end times, and a host of other topics that seemed relevant to our times and in need of comment.
While I was able to sit under his preaching for one Sunday while on a trip to the West, my wife and I enjoyed the fellowship of Jelena Henrietta, and we also saw each other at numerous synods over the years as well. He was a faithful supporter of Christian Renewal, a great encouragement to me personally, and gave what he could to help the cause. He was an avid reader as well. One thing I found out in reflections on his life was that we shared a pastor – Rev. Harry Van Dyke…
Post a Comment
Read more

From the Ministry to the Climate and Some Points in Between

In this space in the previous issue we talked about shortages – shortages in the Christian service industry – of ministers and of teachers.So to follow up that issue with this one, with the rather somber cover photo and headline, would not be a marketer’s idea of a good choice. If you want more ministers, you don’t necessarily tell them about the pit falls in the ministry. And yet, there they are, and, sadly, it is something we need to talk about, sooner than later.
Of course, the ministry is not a profession. It is a calling. A calling from not just anyone. It’s a calling from God. And that changes everything. It’s a call to be a messenger, a herald of the Gospel; a sharer of the Good News; a teacher; a pastor; a counselor. It’s a big task. But a joyous one and an honorable one.
Yet the Bible, too, might be considered problematic for promotion and recruiting purposes. Think of Elijah, Jeremiah, Ezekiel, Hosea, Isaiah and some of the other prophets, filled with messages that were tough…
Post a Comment
Read more

Some cold, hard facts about a hot issue

We’ve interviewed and featured the work of Dr. Calvin Beisner before. Some might consider that a strong bias to one side of the “climate change” debate. They would be right. Since the mainstream media has swallowed hook, line and sinker the fanaticism of climate change proponents and activists trumpeting the view that this is THE APOCALYPSE of our time, cooler heads are needed to offer a more objective analysis, and it just so happens to come from a Reformed Christian and an organization – the Cornwall Alliance – that is dedicated to a stewardly concern for the Creation.
So we are pleased to give Dr. Beisner space to share his research so that the noise on one side can be countered with facts and figures, some of which may be difficult to grasp. But please, make the attempt. This is a two part interview, the next half will be in the October 12th issue.
Some of our regular columns won’t be in this issue. We did have a request for some significant advertising space, and that does help us…
Post a Comment
Read more

Works of Service in Need of Workers to Serve

Our last cover issue encouraged our readers to “soak up the summer.” If your summer has been like it has been here in Southern Ontario, the sunshine and hot weather is one for the ages, even if you can’t stand the heat.

This issue of Christian Renewal gets us back to living in our fast paced times and points us back (or ahead!) to school and to work. Vocation is what we are made for, to be students, producers, creators, sustainers and workers by using the resources of the world God has made for man to enjoy, to discover, to learn about and to utilize for good and for His glory. World history shows that we have not always done those tasks well, and the examples of waste, abuse, greed and exploitation cut across the ages and on up to today.

Finding one’s place (career or calling) in this present world seems more difficult than in the past, and that reality is weighing on many young people today. Added to that pressure is the desire to be successful and to accumulate “things” – material g…
Post a Comment
Read more

Divide and Conquer? When the culture sets the agenda for the Church

What concerns the culture should concern the church, to a point. Yet judging by the agendas of some Reformed denominations’synods and general assemblies, the popular culture continues to have a dominating influence on what is being discussed, studied and argued over, and it will likely, and perhaps inevitably, divide churches along certain fault lines.

In the case of the PCA, concerns are over a conference called Revoice. Revoice, according to its web site, is about “supporting, encouraging, and empowering gay, lesbian, same-sex-attracted, and other LGBT Christians so they can flourish while observing the historic, Christian doctrine of marriage and
sexuality.” Athough not officially connected to the PCA, the first Revoice conference was held in a PCA church, and involv…
Post a Comment
Read more

The Fragility of Freedom in Our Day 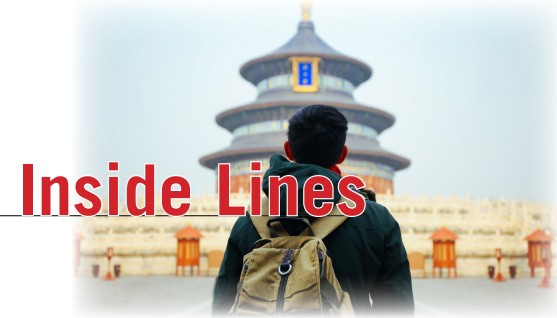 I just finished reading a book (for the second time) by Madeleine Thien called Do Not Say We Have Nothing. It’s a novel about China as seen through the eyes of a Chinese immigrant, a young girl growing up in Canada during Chairman Mao’s brutal and deadly communist regime, a time when literally millions of Chinese people were killed, relocated, re-educated, humiliated – all in the name of social engineering with the goal of establishing a great, utopian society. It didn’t work then 30-40 years ago, and it isn’t working now.

Thien’s well written novel focuses on a community of highly talented and motivated musicans in China – an elite group – who were reduced either to working in factories, building radios, were tortured and killed at the hands of the Red Guard or exiled far from family and colleagues. Their talents were no longer appreciated; in fact, they were considered a threat.