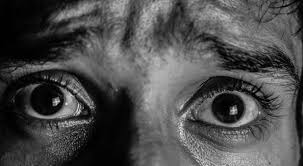 The coronavirus has done the unexpected – it has bumped “climate change” off the fear register for now as reports of the virus continue to dominate headlines and news reports. The lesson being taught us is that we are really not in control of our lives, as much as we’d like to believe and think we are.

ust as we cannot re-adjust the climate to what we think is normal, so we cannot cure every disease, heal every hurt, satisfy every injustice, stop every bullet or even every bully, dry up every tear, alleviate every fear. This world is broken, and it will remain broken until Christ comes again. And that event will be beyond words. Every mouth will be stopped.

That fact, of course, does not mean that we give up trying to find cures, to promote justice and fairness, to help the homeless, and to do what we can to comfort the suffering – the work of restoration is vital work. Yet all such work is temporary in nature. Even those who Jesus healed of so many ailments would still have to die.

Christians are not meant to be spectators of a reality show, sitting idly by to see what will happen to this earth, while waiting for Jesus to come. But we’re also not super- men and women of Marvel comic fame who can save this world from itself. Nor are the many politicians who clamor for your votes. We can’t save the world. We can’t even save ourselves. That’s what Christ came to do – He came to save – for eternity. He did it flawlessly. Perfectly. Finally. Still, He uses us to accomplish His purposes, and that should both humble and excite us.

Fear is part of our nature. And events such as epidemics remind us just how fragile and how vulnerable we are, and how scared our neighbors can be. Those who shake their puny fists at God need their eyes opened, their ears unstopped, their hearts turned from stone to flesh. Perfect love casts out fear. And perfect love is what God gives to us who live in a fear-filled world.

Popular posts from this blog

Can We Still Reason ... Together? 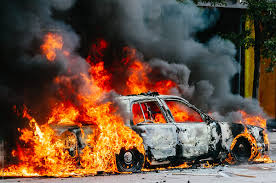 As I write, the George Floyd story and its aftermath has dominated the news. Even if the furor dies down, the scar will remain. V iolence of any kind is generally repulsive. I realize that there are reasons for it in times of war; but there are not too many other good reasons for it.  O ne definition of violence is simply: “behavior involving physical force intended to hurt, damage, or kill someone or something.” The death of George Floyd was a violent act by an officer of the law who had no mercy for a man who was already handcuffed, and therefore unable to resist custody. He was pleading for his life. He was having trouble breathing. The officer unmoved, did not move, and a life ended before many eyes. As the video evidence was swiftly shared around the world, rage became the response for many, and the violent act of one officer and his accomplices ignited violent protests around America. As others have suggested, the country was likely already a powder keg because o
Read more

Tectonic Shift in Our Life Situations 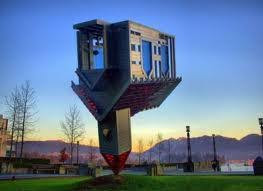 For a generation of North Americans who have lived with very little trauma in their lives, generally speaking, the shift in life situations over the last number of weeks has been dramatic. O ur fast paced, frenetic lives have taken a decided detour and redirection with the advent of Covid19, the coronavirus that has swept around the world, reportedly slaying its thousands, emptying malls, schools halls, sports arenas, airports, movie theaters, streets, highways, byways and church sanctuaries, cancelling concerts, conferences and a multitude of public events for an as yet undetermined period of time. Most churches have responded by obeying the government directives severely limiting public gatherings. Household worship is the temporary norm as families and individuals tune in each Sunday to computers and televisions to watch ministers bring the Word, either from their homes or from near empty church buildings. Businesses that have been required to
Read more